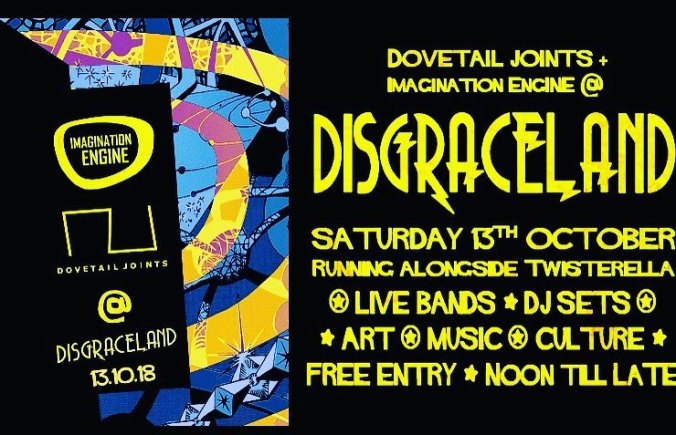 I am delighted to announce that I will be showing a brand new video work as part of Dovetail Joints + Imagination Engine @ Disgraceland on the 13th October 2018.

Featuring art brought to you by Bobby Benjamin’s ethereal art project Dovetail Joints and live music lined up by the local recording label Imagination Engine in partnership with a jewel of Middlesbrough’s cultural quarter, Disgraceland Baker St. This event is the first in a series the three cultural collaborators will be bringing to Teesside in the coming months.

With a pop up bar and DJ sets from local record labels, the legendary Sound it Out and more, before, between and after the live bands, expect sweeping soundscapes, absorbing atmospherics, visual installations, post punk, noise rock, dream pop, beats, bleeps, freaks and treats at this Fall all-dayer.

Heed the call beings of Earth and elsewhere.

The ceremony begins at noon.. join us.

Sound It Out Records